This is the day Saugerties Democrats show up at the polls en masse to help win CD19 and keep Democrats in control of Congress and the State Senate!!

NEW MAPS – US HOUSE OF REPRESENTATIVES

The new maps divide Ulster County into two districts: the new CD18 (in blue below) and CD19 (in orange below), both of which are considered swing districts that lean slightly Democratic. 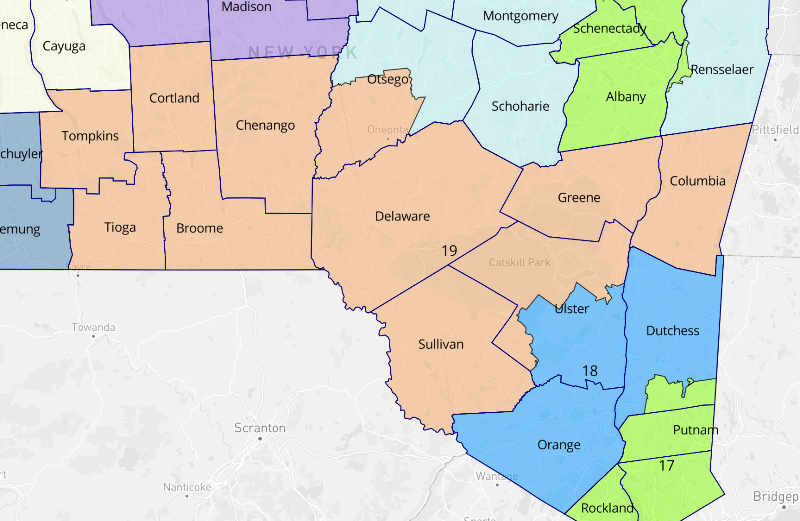 The New CD19 — All of the following Ulster County towns will be in the new CD19: Towns of Denning, Hardenburgh, Hurley, Kingston, Olive, Saugerties, Shandaken, Ulster, Wawarsing (partial) and Woodstock.

The Democratic field is developing for this race and the deadline for candidates to file petitions to get on the ballot is June 10th. So far, Josh Riley has filed and Jamie Cheney is expected to file. Marcus Molinaro is running on the Republican line. 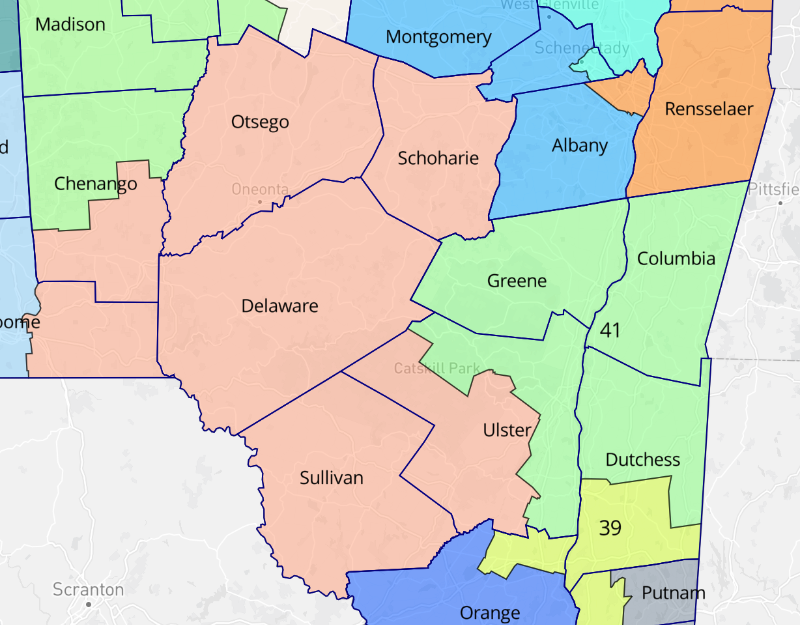 The New SD41 — The following Ulster County municipalities will be in the new SD41: City of Kingston, Towns of Esopus, Hurley, Kingston, Lloyd, Marlborough, New Paltz, Plattekill, Rosendale, Saugerties, Shandaken, Ulster, and Woodstock. Most of this new district is currently represented by Michelle Hinchey, who is running for re-election. Sue Serino is expected to run on the Republican line.